Hey guys and gals! I can’t believe it, but little Miss Eggroll is already a month old. Man, does time fly. I suppose if we’re already thirty days into the little lady’s life, it’s time for me to showcase her. So showcase, I will… IT’S EGGROLL WEEK!!!

Miss Malorie Nicole came on the scene at 5:28 am on Sunday, February 16th after a crazy labor which included no contractions, too many contractions, epidural, the biggest bean bag chair I’ve ever seen, three hours of pushing, lots of ice chips and not enough water, a tool of an on-call doctor, and, just for fun, major surgery. YAH! I got the best of all of the labor worlds.

Hmpf. But  I also got this. 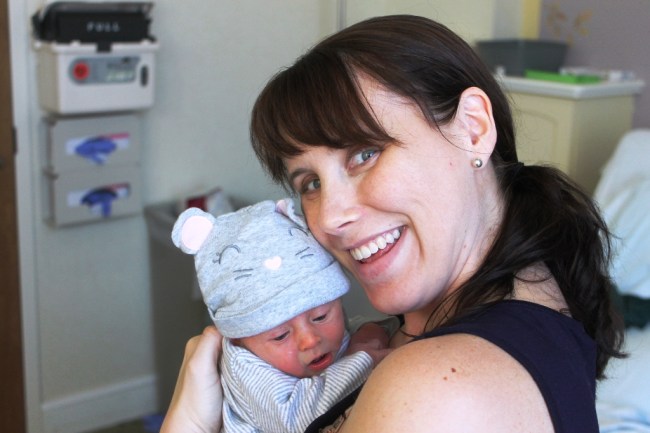 Girlfriend isn’t a fan of hats, but she’s so dang cute in ’em and only one of us have conscious control of our hands, so HA HA, I WIN! 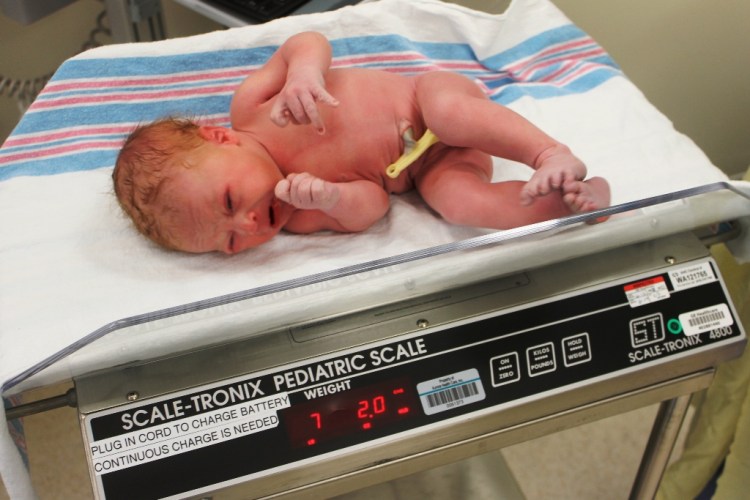 Eggroll does have a great set of pipes. She’s perfectly healthy (knock on wood!), so there are only a few things that bring her to tears, but once she gets going… Whoa, doggies! 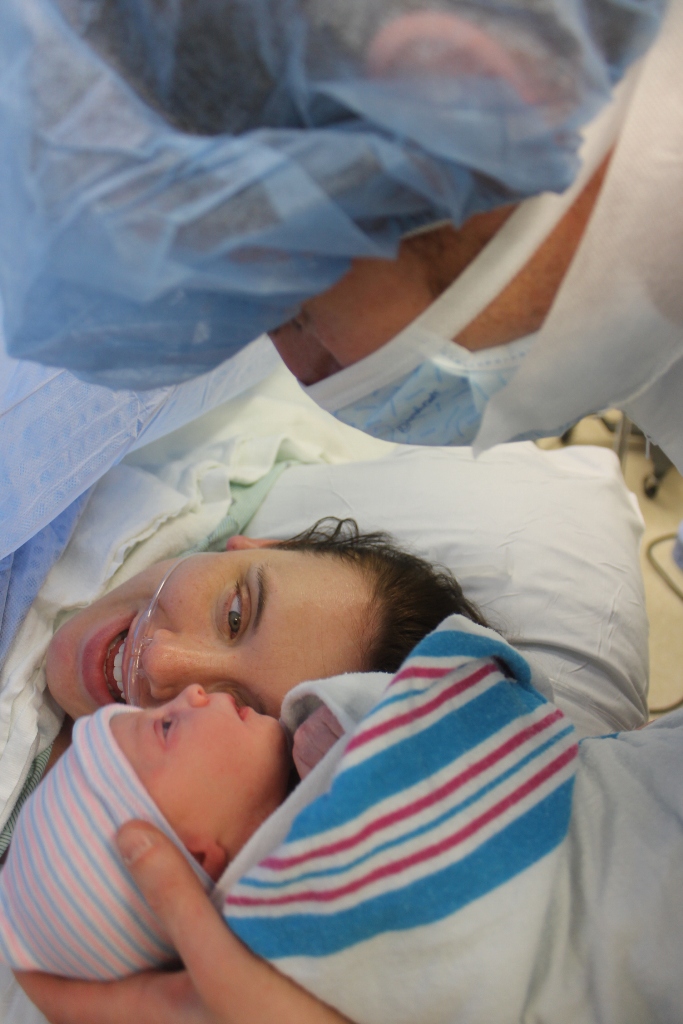 Ok, fine. We’ll keep the hats to the minimum. I can say that now with clarity, but when Randy first introduced the two of us, I was so out of it, I was concerned that she had six fingers on her right hand. (Fact: she has the appropriate number of appendages. Fact II: I had the appropriate number of pain medications to keep me from feeling too much (I felt the initial incision…Ick.), but not the right amount to allow for focus.) 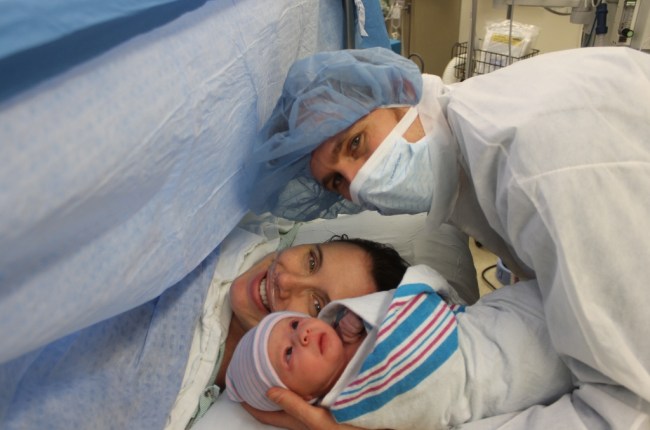 Unfortunately, this meant that homegirl was already embarrassed by her mom. “Geez mom, I don’t have four eyes. I have two. How can you ruin such a big moment for me?! Gawd.” Yes, it’s a great First Family Photo.

Miss Malorie had a few visitors her first day of life, including her grandparents. I’m so glad they were able to meet so quickly, but between the pain meds and the hormones this was probably the hardest 30 minutes of the whole hospital stay. My parents aren’t going to meet my daughter… GASP! TEARS! CRYING! (And again, with the embarrassment. Sorry Bev, Glenn, Randy, Malorie, and nursing staff…) Don’t fret. I’m over it (well, mostly) now. Eggroll couldn’t ask for a better set of grandparents in Randy’s parents and she’ll hear endless stories about mine. Perhaps Mark and Nancy become the hero and heroine of our make-believe. 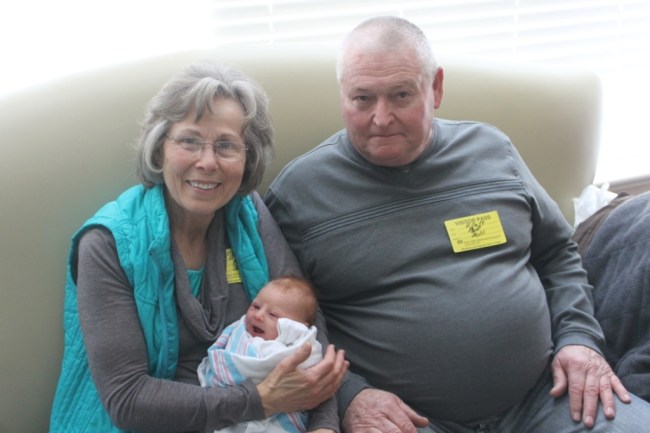 Eggroll also got a chance to meet my best friend, Nikki #1. I asked Nikki to come visit that first day because I wanted to tell her live – Malorie Nicole was given that middle name in honor of her, one of my most favorite people in the world. Nikki is the strongest, most beautiful, dedicated woman I have ever met. I hope my daughter takes after her. Also, I hope Nikki takes Malorie shopping every now and then seeing as she’s much more fashionable than me. 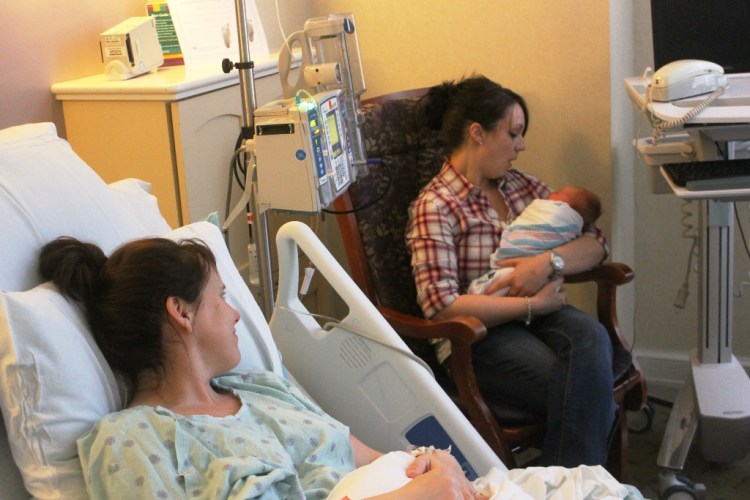 Cuz I considered these hospital gowns to be perfectly fine attire to receive guests. Hey, at least I put on eyeliner and earrings. 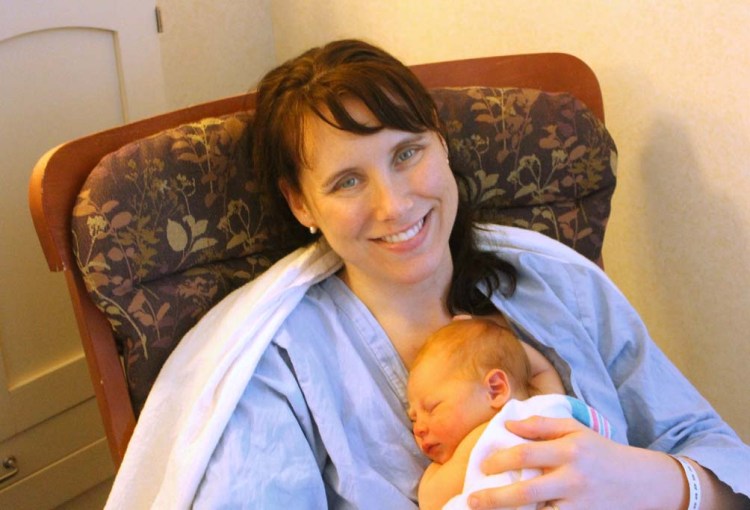 So the story behind this cheesecake… ‘Round about 5 pm on Saturday, the nurse that was assisting with my labor suggested we order dinner since it was only available before 7 pm and not again until 7 am. “Get something that can be refrigerated and reheated,” she said. “Perhaps this awesome-sounding custom-made sandwich, some cheesecake and a “side” of a baked potato so dad has something to eat, too,” she continued. So we did. And then I proceeded to labor the longest labor in the history of time AND we had to leave dinner behind when we were forced from our cozy delivery room into surgery. (P.S. Hospital staff – perhaps you could have a nurse help the dad pack up stuff vs. giving him a small shopping cart and the task while mom is FREAKING OUT over going into surgery. Just a suggestion…)

Anyway, I lost my initial cheesecake, so I had to order another piece ASAP since that was all I could focus on (besides the new baby, whatever…), but I didn’t eat it until we were walking out the door on Wednesday. I call it my I Survived Cheesecake. It was grand. 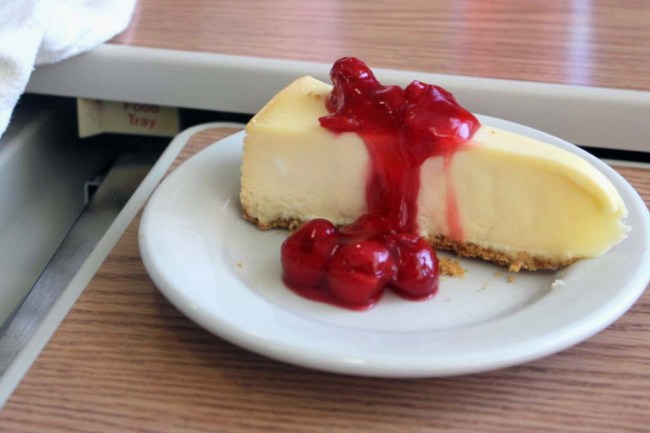 Doesn’t Randy look like a natural with Eggroll? He’ll get a whole separate post this week, but I love these shots from the hospital. Randy was on diaper duty since I couldn’t get out of bed too easy (shucks), so he spent a lot of time making sure she was “working on something”. In case anyone was wondering, the “boots and pants and boots and pants” commercial jingle makes for an excellent pedal-the-legs-til-you-poop rhythm. 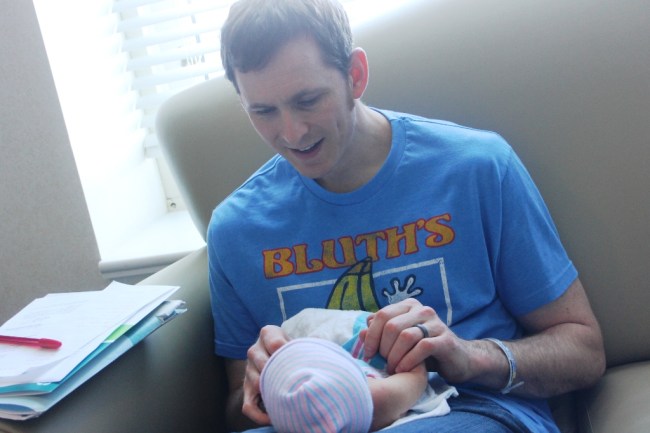 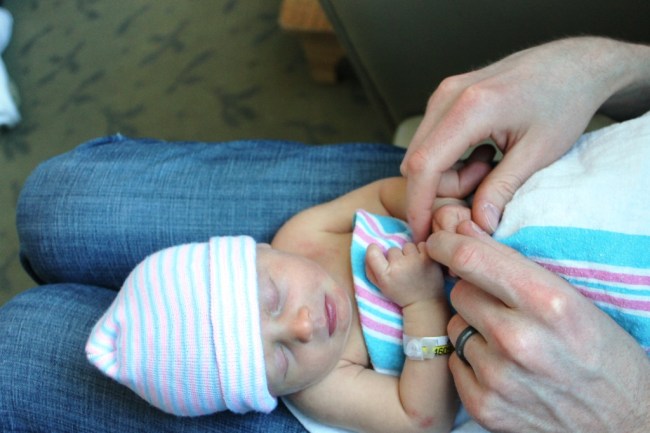 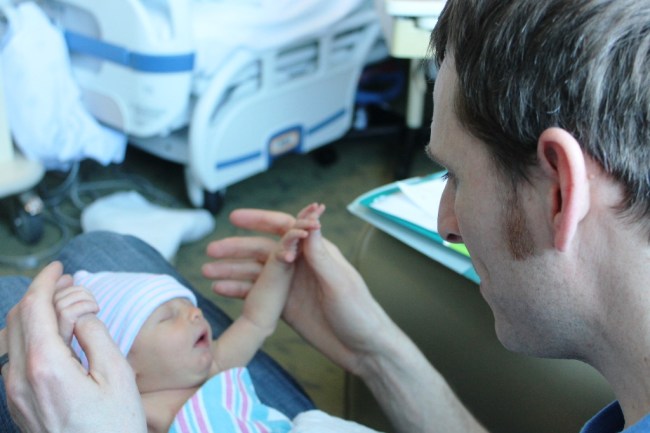 Overall, Malorie is a breeze of a baby. She is a great introduction into motherhood since she eats, sleeps, and poops pretty easily. I have definitely had my moments, but for a girl who never really liked kids, this one has my heart. I think I’ve just been waiting for 33 years to meet a little one that was worth my love and attention.

Boy, does she win that prize. 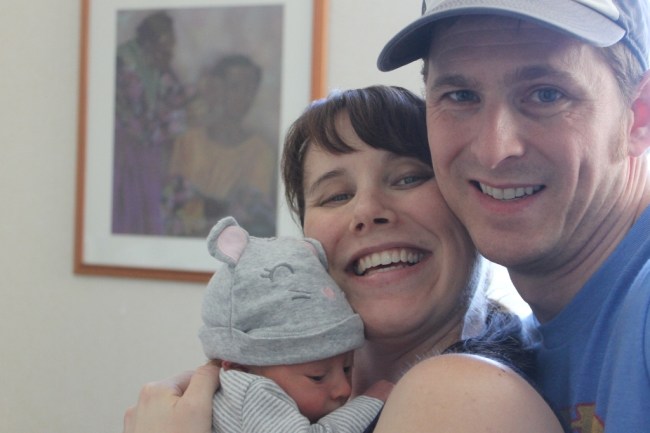 Leave a Reply to Maggie Cancel