He wouldn’t recognize my running or yoga habits.

He would be surprised to know I’m a teacher.

He wouldn’t understand what a blog is, let alone how someone could make a career out of it. (Granted, I’m still learning, too, but I’m trying!)

He would recognize my husband, but not as the guy with that title. Just as some random shlub from Wisconsin he helped once via Fastenal.

He would be knocked over with a feather to meet Malorie for the first time. He would smile so big and laugh even bigger and then give me grief for not spelling her name right.

He would need a map to get to the house I live in and he may not recognize me at the door with the dark hair. I wonder if he’d be ok with dyeing it dark since it’s done to look more like him.

He would recognize “Noahstradamous”, but he’d be sad to see the white in his eyebrows and the slight limp in his hip.

There are a lot of friends that have come out of the woodwork, but he’d still recognize my two best friends. He doesn’t know their new family make-up, but would join me in being happy for one as she also welcomed her baby girl to the world this year. He would be so proud of the other as she finishes her nursing degree. (We would probably stay up late into the night talking about the hurdles N has dealt with and holy shit, how did she make it out with everything looking just right…)

He would have pissed away HOURS on this new thing called Facebook and might have even started a blog himself. He wouldn’t know what this iPad thingie I’m writing this post on even is. He would be sad to see he wasn’t too far off when he suggested that someday television would just be shows of handicapped people getting pushed off of cliffs. 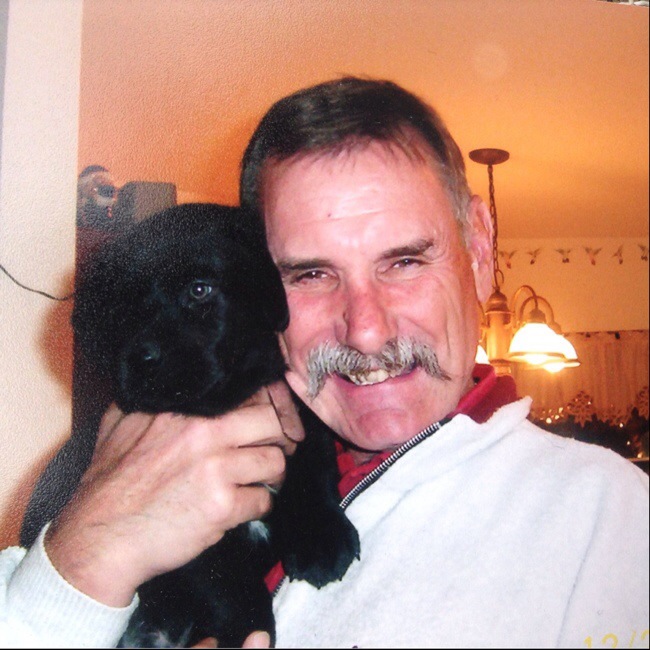 Five years ago today, my world went off its axis into a new dimension as dad took his last breath. I can feel that same gut punch with all it’s awful detail as I think about that moment. That might have been the worst day of my life, but you know what? Everyday since had been more amazing then the last. When I look at my life today, it is all I could have dreamt of on May 12, 2009.

I hate to think that Padre had to leave this world to let the dominos fall into their places, but… I sure was in a holding pattern back then.

I sure miss my dad, but one thing will never change…

I’ll always make you proud, padre. It may all be new, but hopefully that you will always recognize.