Five months. How is that possible? On one hand, it feels like yesterday I was a freewheeling pregnant lady with all the time in the world. On the other hand, some days drag on so long (like yesterday when it was too hot to go outside), that I’m kinda surprised Eggroll isn’t leaving for college yet.

Highlights from this month include the traditional fourth of July party I spoke about around that time. Though it was a really chilly night, we had a lot of fun with my friends from high school. 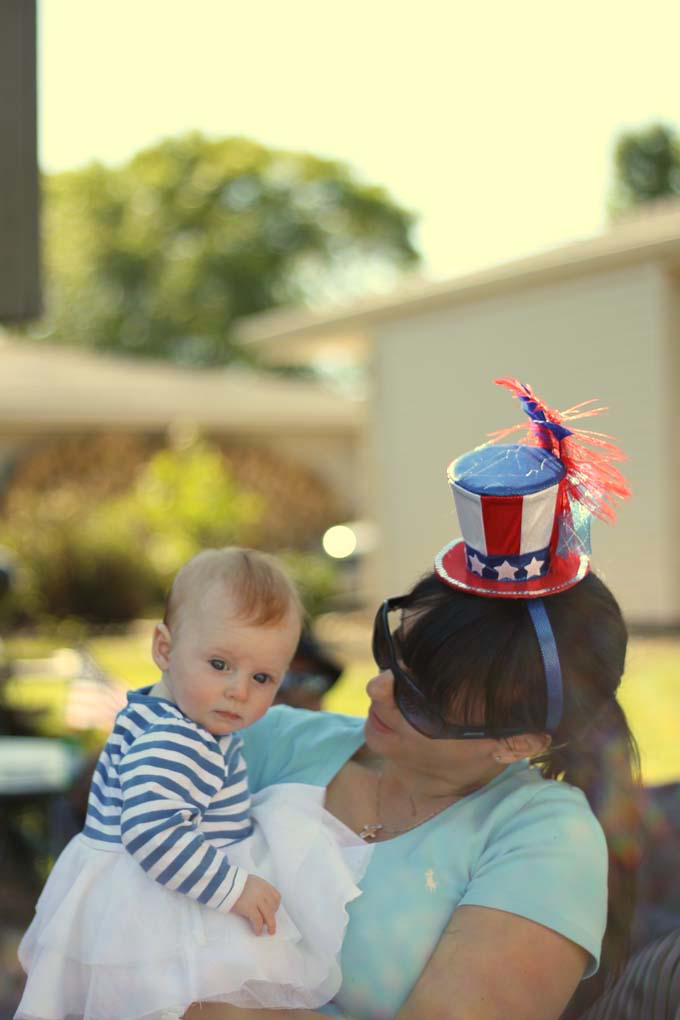 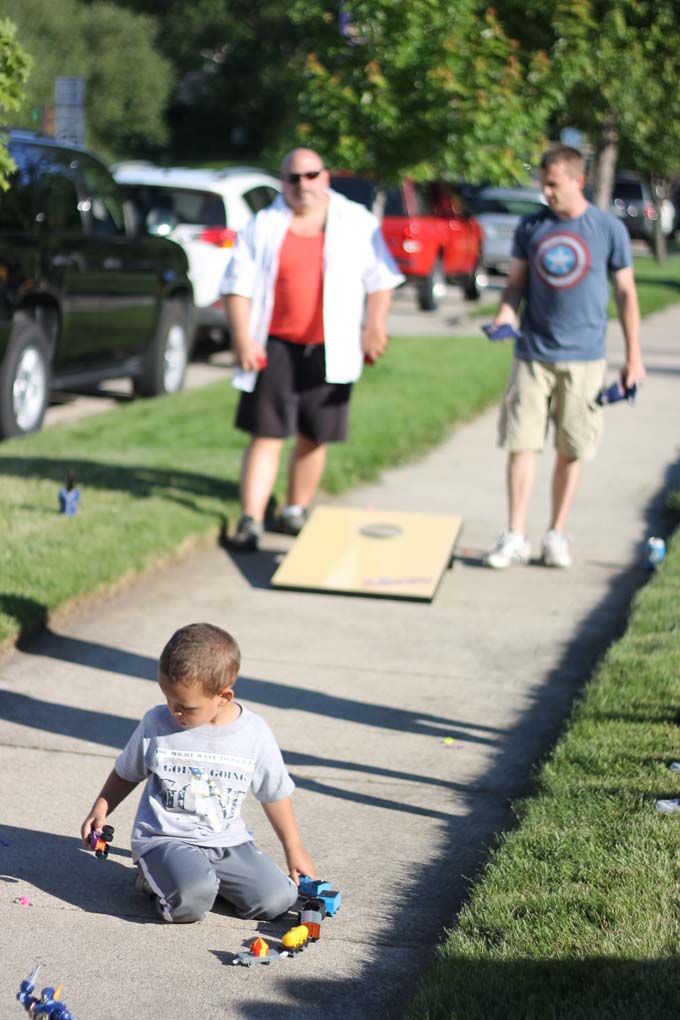 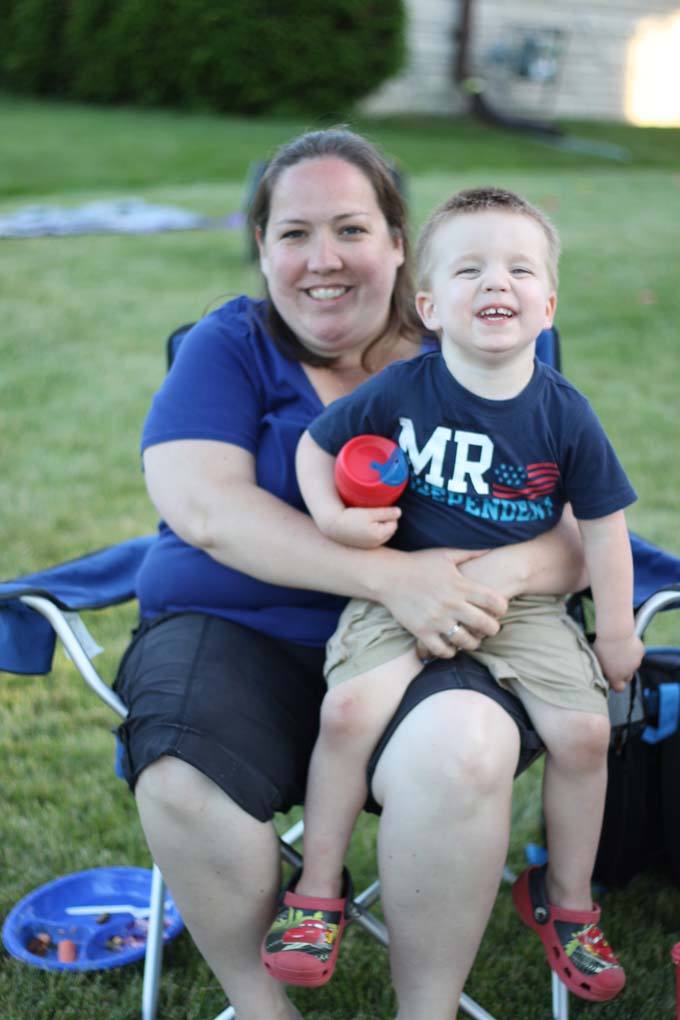 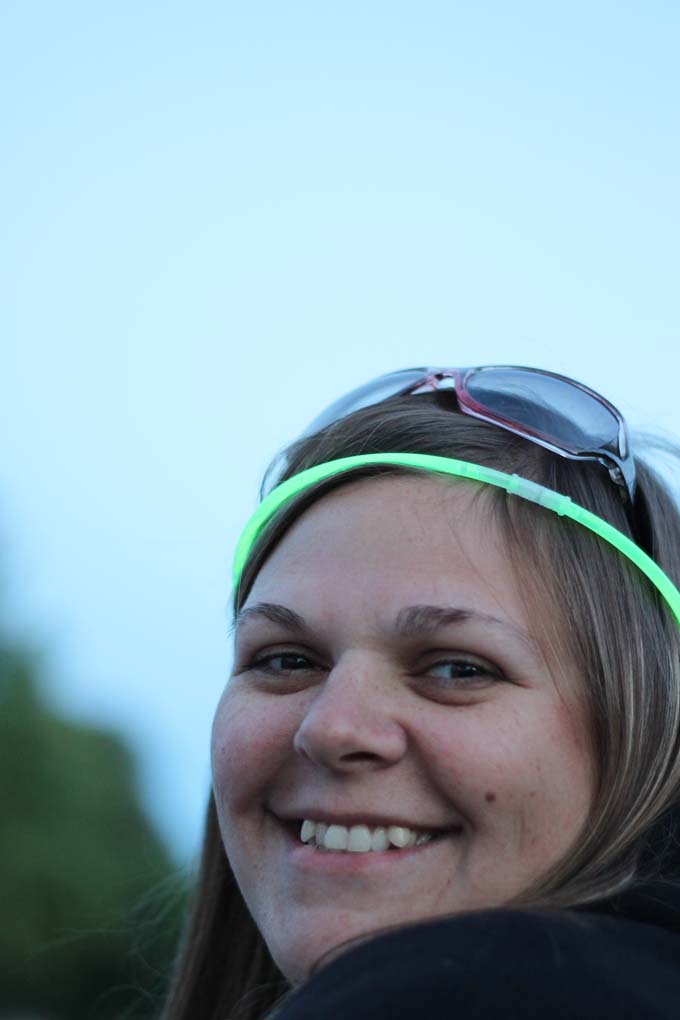 Someone even got stuck in something again!! Though it was cute, it wasn’t nearly as hilarious as last year. 😉 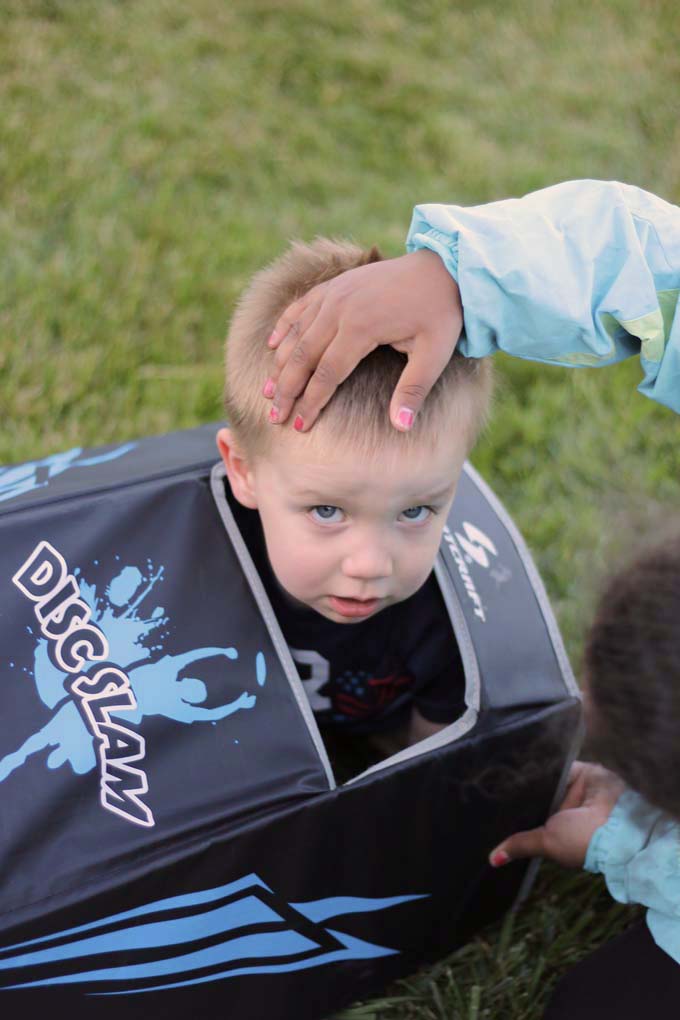 The following weekend we went to Michigan with my best friend from college’s family. It’s been 10 years since I’ve seen everyone besides Amber’s immediate crew yet it immediately felt like old times. Amber’s grandma is the saucest thing this side of a BBQ joint. I hope I’m like her when I’m 90+. 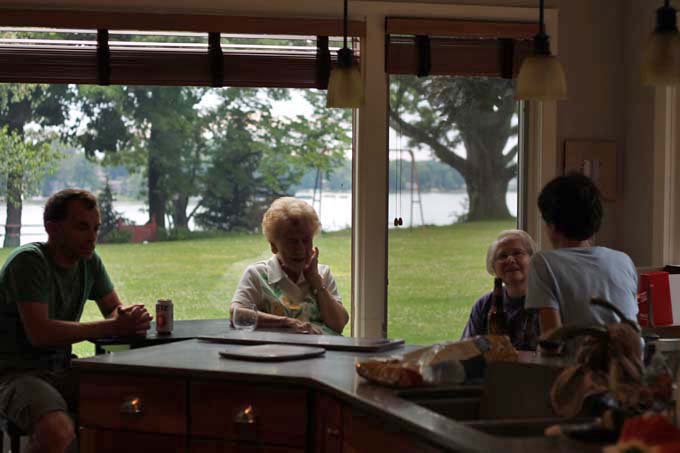 Here’s the first picture to go into Malorie and Cameron’s future wedding slideshow. 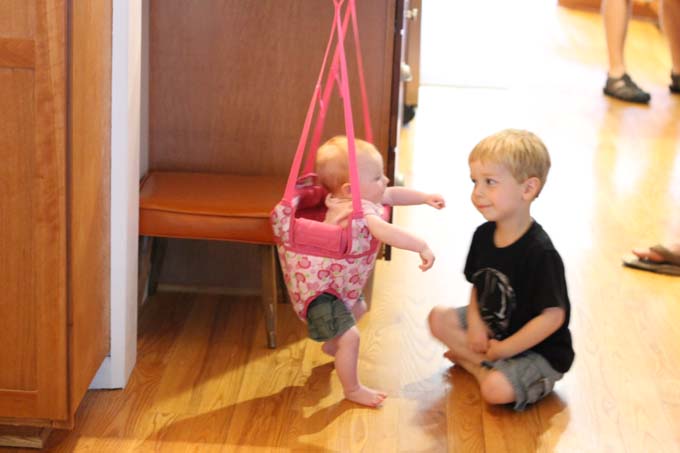 Pablo’s little girl was born a month after Malorie. I love the faces this girl (well, both girls) makes. 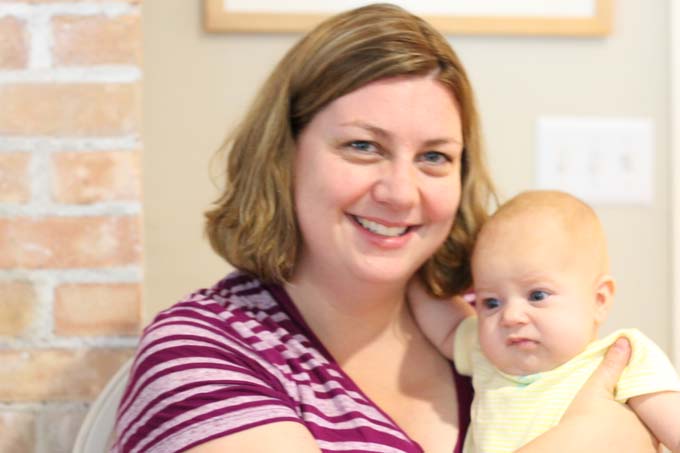 Get out! My mom went to USC, too. We have the coolest moms, don’t we?? 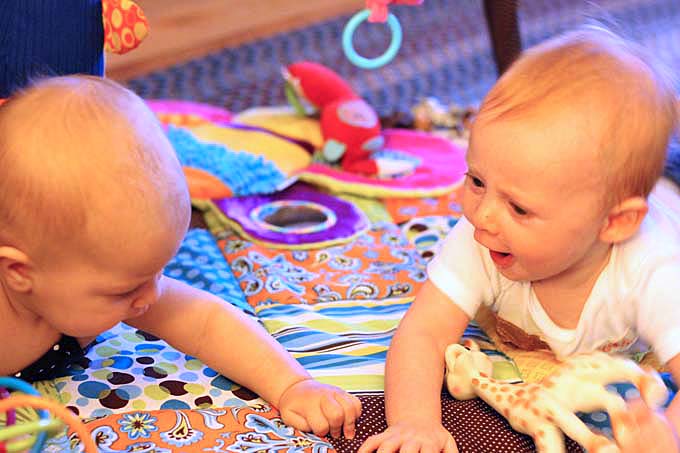 Future Malorie and C! Or two teenagers that seem like exactly what I hope Malorie turns into… 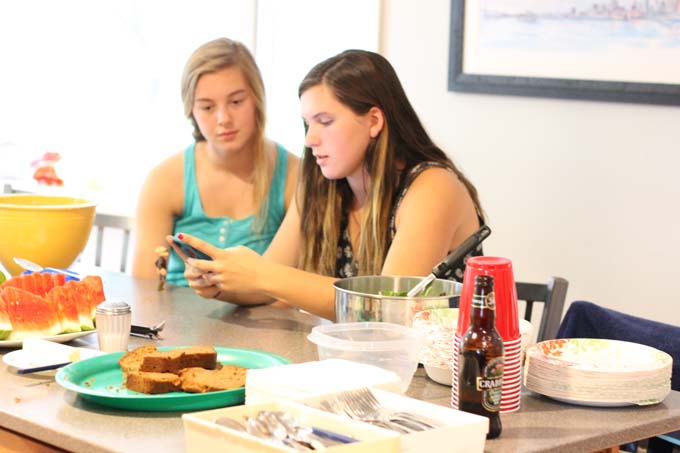 While on this vacation, Malorie had her first opportunity to get in a pool. It took a little while for her to warm up to it (and warm up in general), but she loved it! The next weekend we were down in IL and in a pool again. Eggroll turns purple before she’s ready to leave. Future Dana Torres! 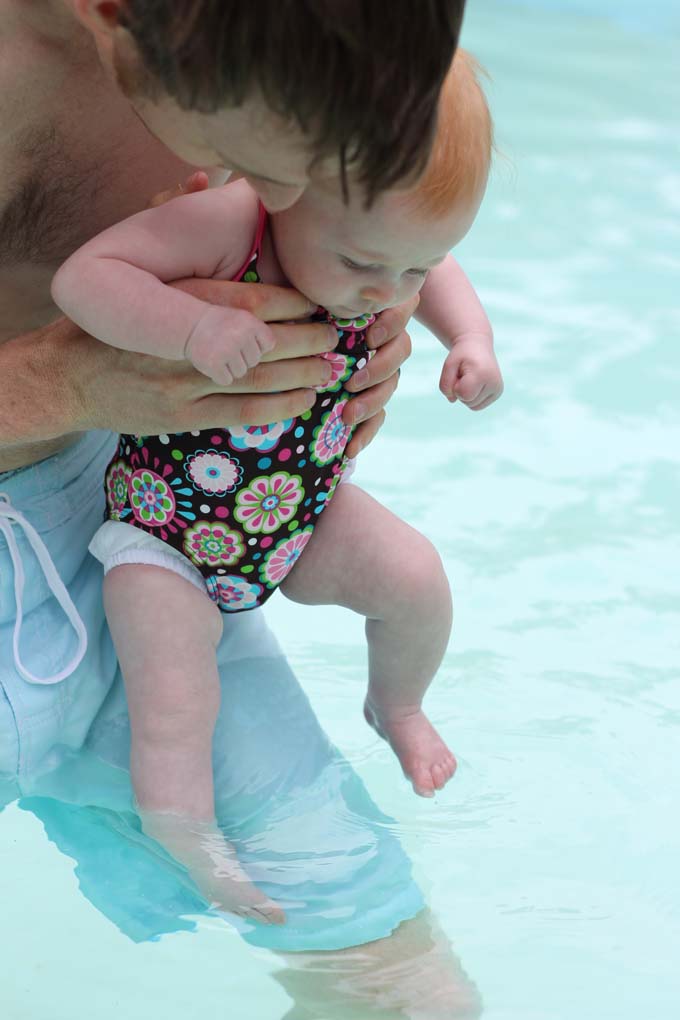 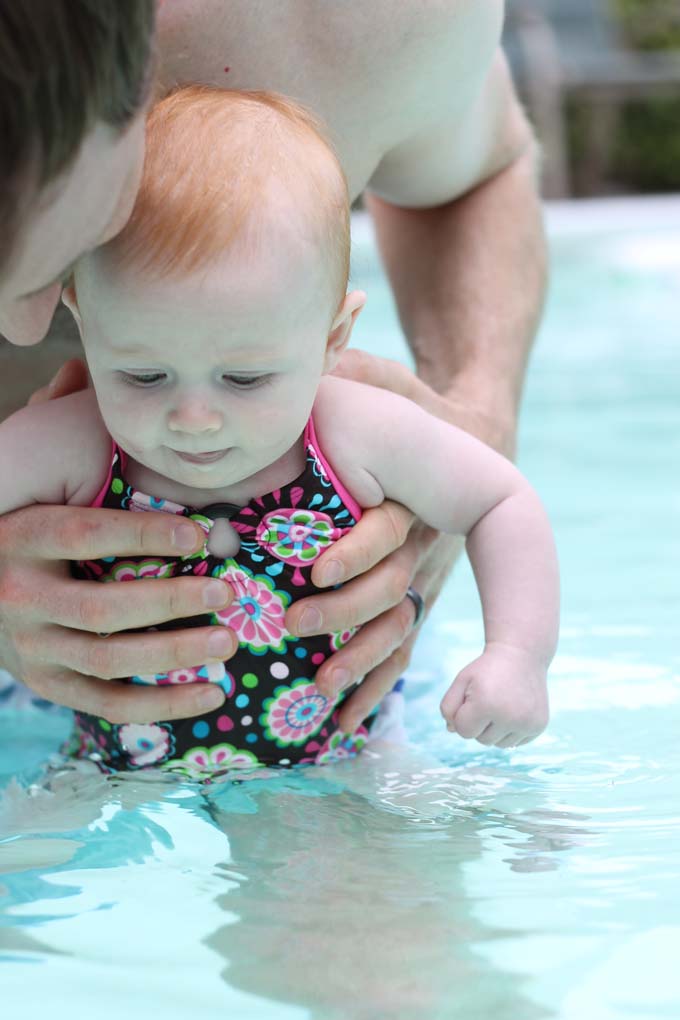 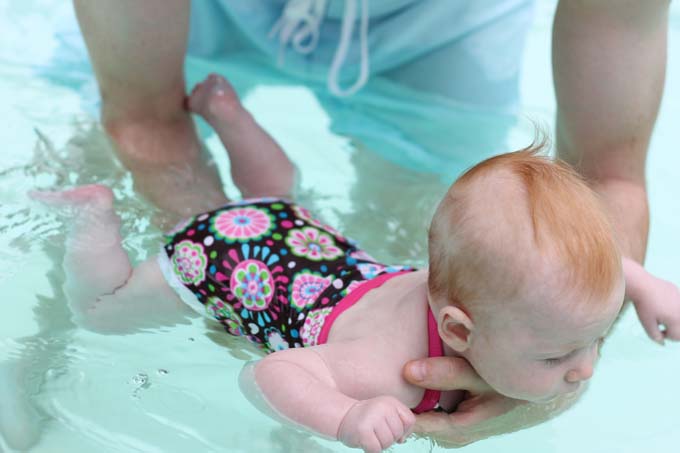 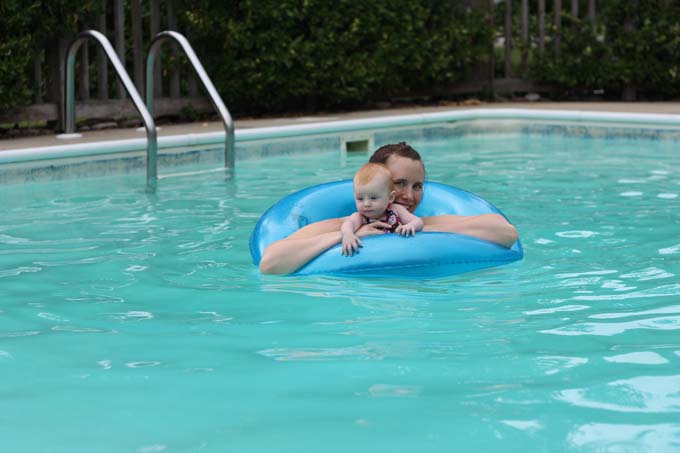 Besides the big events, we spent a lot of time just hanging out. Malorie finally learned how to get back to her back from her tummy, which means she might  finally be sleeping through the night again. She’s really taken to Noah, who in turn has started ignoring her. Well, not ignoring her, but not licking her to death every time she’s on the floor. This is a good thing. 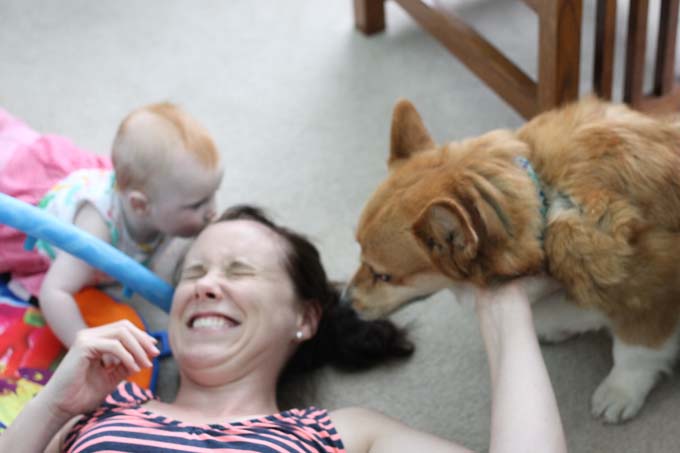 For the five month photos, I decided to try out a little rocking chair that lives in her room. My original baby and my best baby! 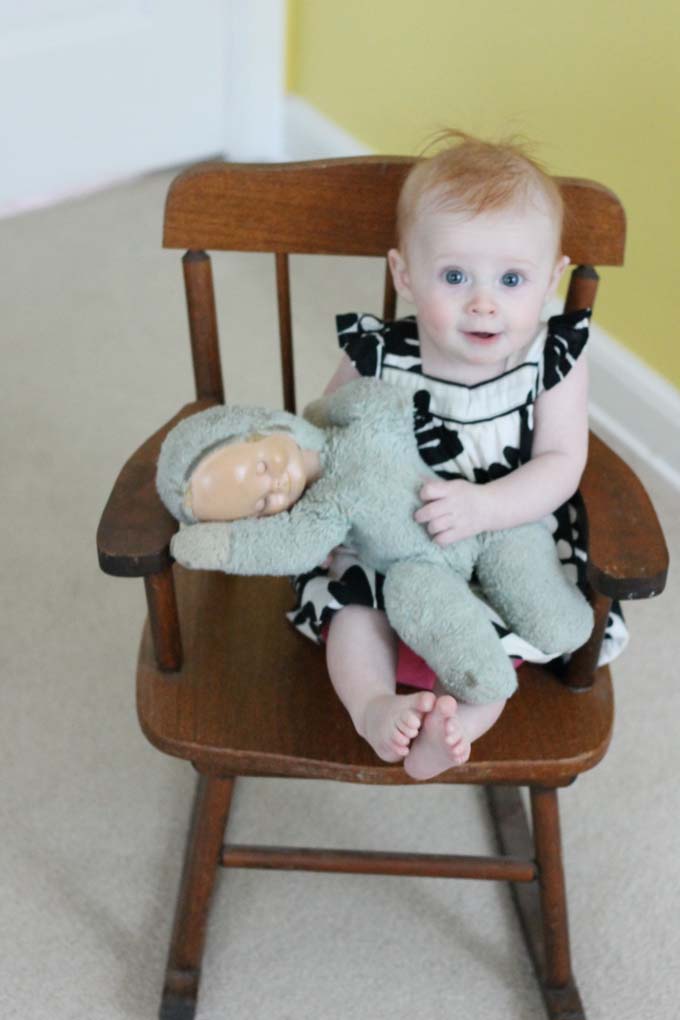 After a tumble off the couch, Mal has mastered sitting up. She seems pretty proud of herself, huh? Good job, baby girl! 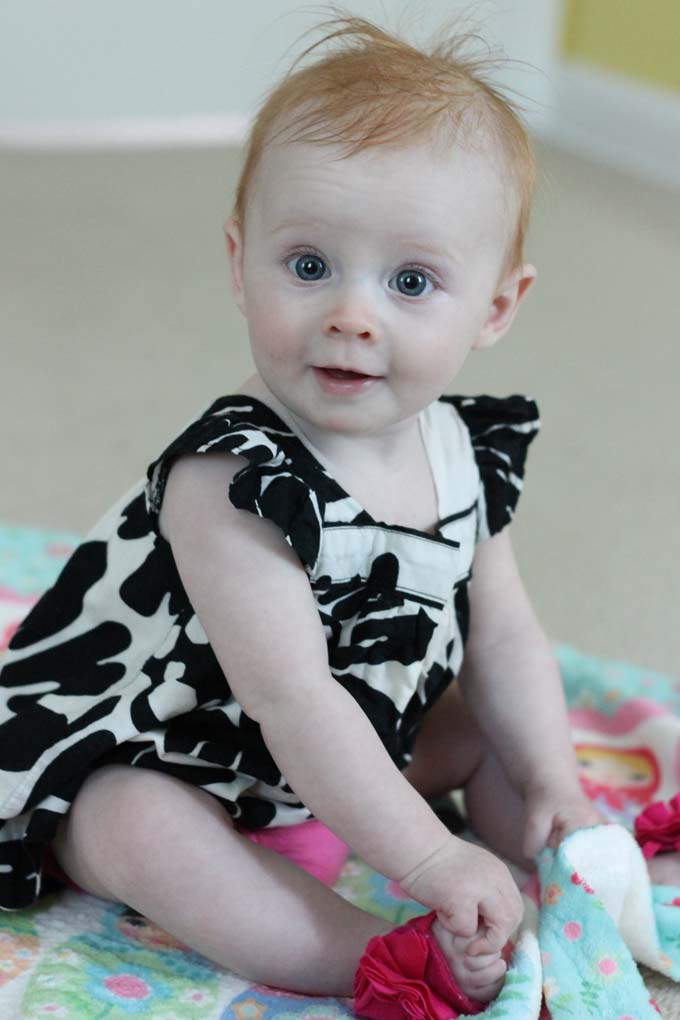 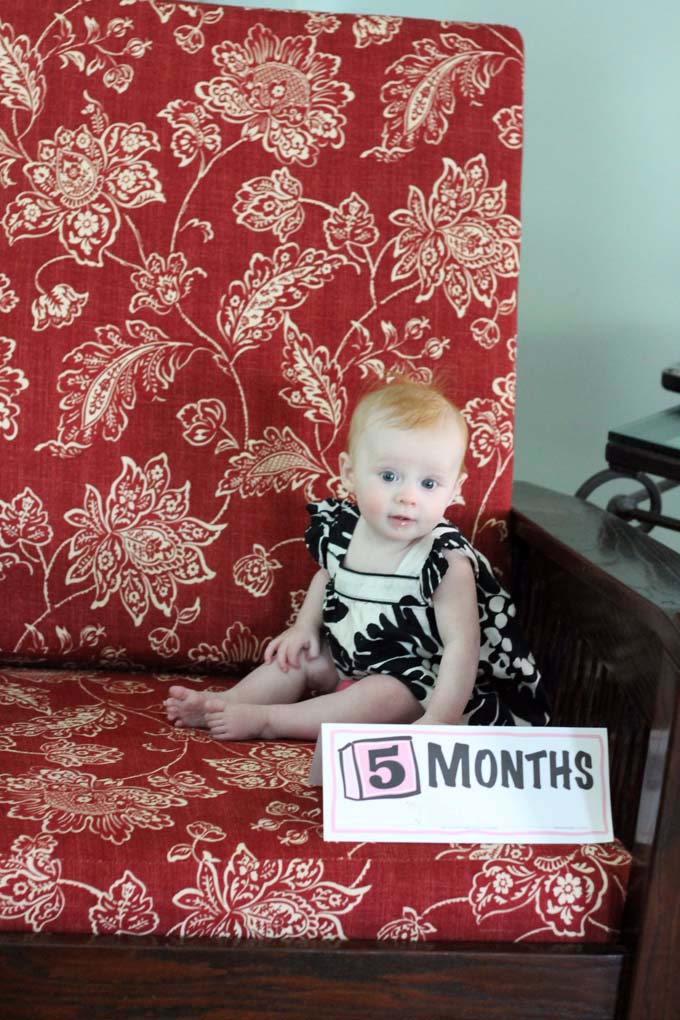 So that’s month five. I can’t wait to see what’s in store!