Hi friends! I received great feedback from last week’s “how does this feel” theme, both in class and in response to the post. Did you try it? Find any commonalities in your thoughts?

Honestly, it’s always easier for me to offer suggestions to you than for me to actually do it myself. My excuse, when I allow myself one, is that I have to move too fast to take that time. Ah, duh. We all do. Again, do as I say, not as I do, dear yogi.

9 times out of 10 when I’m riding my emotional roller-coaster, Randy reminds me to go back to my yoga roots. This week I didn’t have to go any further than the front page of this blog. Unfortunately, I didn’t like what I found.

Last week didn’t feel good. While there were some impressive developments (I actually do like cucumbers! Malorie slept through the night again! Two of my trial personal training clients are going to become long-term customers!), I had reason to beat myself up a lot, mostly in the food realm.

I’m getting better at adding in healthy, mostly green food to my diet per my challenge, but I just can’t quit chocolate. Or anything unhealthy when its in a social setting. If I’m not at home in my private, little bubble, my willpower is shot. The only thing that saved me this weekend was that Randy’s family is pretty healthy. Even though we had pizza Saturday night, it was accompanied by a big salad, a veggie tray and a fruit tray (and ice cream, cookies, and chips). I negotiated with myself to first put the healthy stuff on my plate and then fill in space with pizza. I only had two pieces, but definitely would have gone for garlic bread, a beer, and a mozzarella stick had they also been available. I DID have a cookie and ice cream and nibbled on a couple pieces of chocolate later on that night. Bah.

So this week’s lesson is a follow up to last week’s. You took the time to question the situation last week. Great. But let’s take a closer look. 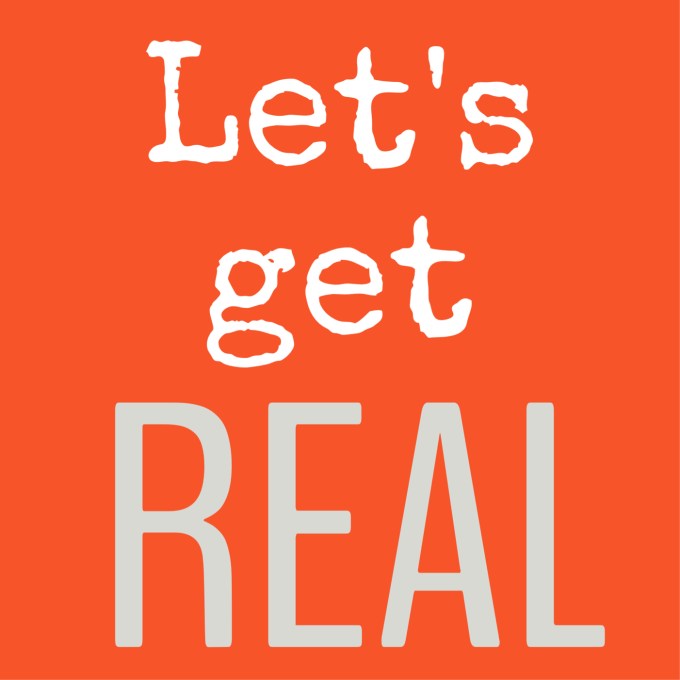 Good for you for taking the pause, but are you truly seeing all the details of the scene? A Hershey Kiss after a big ass salad is still a Hershey Kiss. Going to the point of pain in a yoga pose in the name of “I Could Do This Before” is not improving your health. Is a hormone imbalance honestly a reason to sit on the couch away from exertion or a reason to go take a walk? Procrastinating a task at work is still not getting the job done even if you’ve found something else to do. Saying you are playing with your kids does not count if you don’t put down the smartphone.

So let’s get real this week.

Maybe keep a diary (and by diary, I mean a note on your phone or a piece of scrap paper… No need to get fancy.) Maybe employ the ear and accountability of a friend. Maybe tell me (and the rest of the internet) about your successes AND your foibles over the next ten days. Maybe just remain aware.

As an example, here are my notes from yesterday:

We will regroup on August 1*, armed with information detailing what our days are really like and figure out how to move on from there.

Sidebar: It is worth reminding you that yoga is not about judgement.

It is about awareness. If you catch yourself being judge-y like I was in Zumba class, make note and move on. We’ll try to address that going forward. For now I just want you aware of your surroundings.

P.S. If you want to practice this with me live, come to my yoga class this Friday at the North Shore WAC.