Raise your hand if this long weekend took all the initiative out of you?

It is summer in my head and all I want to do is play outside, wear flip flops, eat pudding pops and in general, shirk responsibilities. Alas, I am 35, not 3 or 5, so I need to do something productive every now and then. Forming a fully thoughtout blog post just isn’t in the cards quite yet, so I thought I’d bring back Train Thoughts. I haven’t done this in awhile. Enjoy! 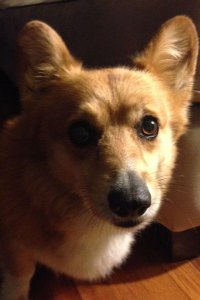 1. A bunch of y’all asked about Noah due to my passive aggressive Facebook notes about dying dogs last week. As a reminder, little dude has degenerative myelopathy. He’s shown symptoms for over a year, but it’s gotten pretty bad in the last month or so. Early last week, he was really dragging his hind end, so I started getting nervous. (And by nervous, I mean full-fledged basketcase.) Over the five days since, he’s improved and is mostly hoping around on 3.5 legs or so.

Of course I’ve spent too much time reading conversation boards and online articles about the topic, which got me worried that we wouldn’t know when was the right time to put Noah down. My only lifeboat came in the form of this article that told me to write down the five things he loves to do the most and decide how many of those things does he has to do every day to have a good quality of life.

Yes, I am considering the last one one of his favorite things to do. Or maybe not a favorite, but a requirement of a happy dog. When your back end doesn’t work, it makes getting outside and folding yourself in to a C-shape difficult work.

So far, I think Noah is at about 4 out of 5. He doesn’t come to the door to greet anymore. Or, I guess he does, but he takes so long to get up from laying down, we’re already in the house with coats off and bags put away before he gets to us. Sad.

Moral of the story – I don’t think he’s going away tomorrow, but I don’t know if he’ll see Labor Day. This will be an interesting summer.

2. Related story – Noah’s AWESOME vet had a sudden heart attack about two months ago, so we are dealing with this disease blindly now. We do have an appointment with a new one in a couple weeks, but the last guy was so good, I’m a little gun shy.

3. If I combine points #1 and #2, I get to thinking about what are my five favorite things to do that would be necessary for a good quality of life. I think it goes a little something like this.

What are your five things?

4. You’ll note there is nothing Eggroll-based in #3. That’s not to say time with her isn’t one of my favorite things. It is! But some day girlfriend is going to go out into the world and may not come home to mom every night. I need to prepare myself for those days. Maybe “be able to think about Eggroll and smile” could be on the list. That could entail memory loss, which is scary.

5. I’ve had a bunch of wacky dreams this weekend in which dad was alive. He had been in an accident (different accidents in each dream), but was healthy. He just didn’t remember me. In one of the dreams, he went on to start a new family. Man, that was heartbreaking. Didn’t help that Randy left me in that dream. (Because any time I dream these days, it includes a new way Randy leaves me…) 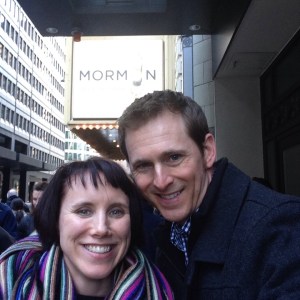 6. I forgot to put my wedding ring on this morning and I’ve spend the whole day feeling naked. My hand looks weird unadorned when I’m in real clothes, but its more the reassurance of looking down and knowing Randy’s got my back. When the rest of the world goes crazy, I know I can count on him. Dude knows how to read me. When I’m laying on the hard tile at 2am with Noah because I feel like that world is going to crash in tomorrow, he knows to give me a hug, but let me be. When the biggest centipede in the history of centipedes attacks me in the shower and then retreats into Randy’s towel, Randy doesn’t get mad at me for running out of the room. He just laughs and goes in to shake out linens himself. My hero! Having Randy around makes me feel safe. Hence the “nightmares” of him leaving me.