Only I could do this. Yes, only I could spend nine days in my adopted homeland, surrounded by all the people, places, things and weather that I love (except palmetto bugs… I will never love palmetto bugs) and spend way too much of that time thinking deep and often sad thoughts.

A normal 34-year-old would find herself on her college campus surrounded by 20-year-old southern beauties and think about wrinkles, grey hair, and dreams not achieved. There was some of that, but mostly it was about the true passage of time.

On one hand, I felt like just yesterday I was there. Every nook and cranny of campus brought up a host of memories; some mundane, like “a bird pooped on me right here the day I was manager for the restaurant class”, some momentous, like “this is where Tracy helped me walk away from my parents that first time.”

This random space off of Greene St. still gave me the same jolt of lightening I felt in the summer of 1997 that said “you belong at USC”. It all still felt fresh and new. There was no fog over these memories. 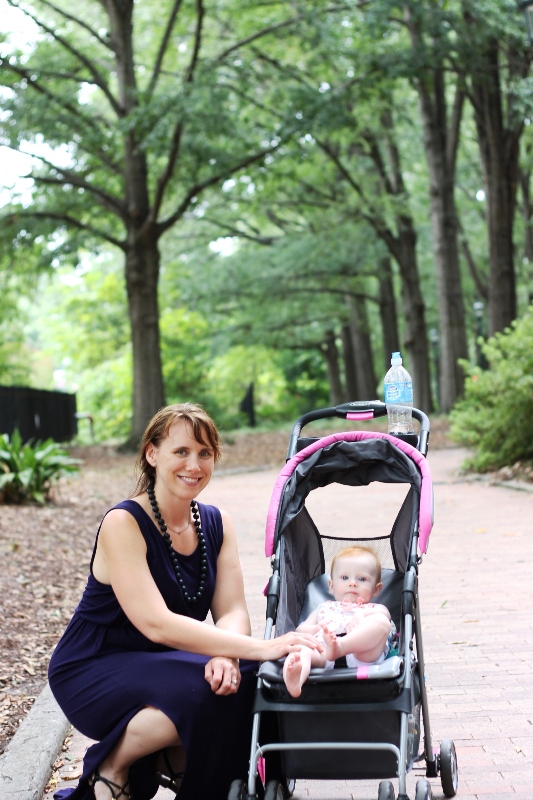 It was my home. I loved it. I still love it. I wanted to eat in the GMP (but mostly because where we had mailboxes, they have this…)

Then the record screeched and reminded me I have too many degrees and a life up in Wisconsin to spend more than a couple hours on campus. Wah. Wah.

And now that I’ve seen it 13 years later, will I ever have a reason to come back? There is a whole world of things to see and I feel my clock ticking. Would I want to “waste” a trip on Columbia again?

Even worse, if I don’t, would I really never see the beautiful Horseshoe again? Will I ever go to another Carolina football game? (Actually, it might be OK if I don’t go to another game because nothing will top the one we saw. Wow.)

So that was part one – life is too short to travel to the same places, so keep those memories fresh, Maggie. Tear.

Part two – the heralded Charleston pier that I have built up to a cathedral of spiritual guidance in my head.

My first trip to Charleston in a middle school aged summer made me think I wanted to be a southerner, particularly a South Carolina southerner. Though I think that epiphany really happened at Hyman’s Seafood at the “Oprah Sat Here” table, my edited memory relates it back to the pier.

The next frame shows me staring off into the harbor December of 2001. I had just graduated. I had a job, parents and friends back at home, but didn’t really feel committed. Then, on a celebratory trip before we drove back north, I was back at the pier when it hit me that yes, that was the right thing to do.

We fast forward to 2003 on a trip with girlfriends when each and every one of them was in the process of falling in love. I was alone. Once again and always. I made a couple missteps on that trip before crying silently on that pier asking for someone to be sent to me.

Sure took your sweet ass time, didn’t you Pier Gods? 🙂

On our second to last day of this trip, we finally made it back to my holy land. I showed Randy and we took family pictures and I then asked for a moment alone.

Again, tears came streaming. My identity as Maggie Skarich Joos has been tossed around just like the waters were on that windy day. Becoming a mom, not having a professional role, failing at entrepreneurship, succeeding at teaching… The Maggie that visited the pier all those times before wouldn’t recognize me now. I’m not sure I recognize myself still, nor like where I am. I’m not sure I dislike it either.

I’m so confused about where I am right now. I always am when I hit that railing. 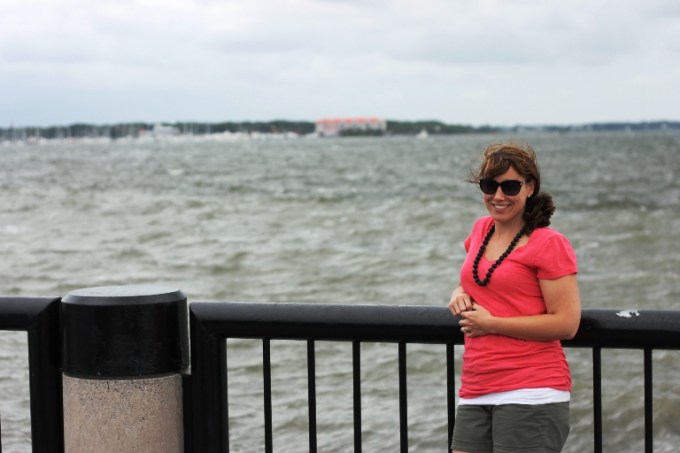 So I stood there waiting for answers to come. I waited and waited. Randy was patient, but getting antsy.

Then I damn near fell in the ocean when the cruiseliner’s horn blew out of nowhere. I calmed myself down with a couple of deep breaths only to have a wave came out of nowhere and soak me to my undies.

OK, pier… I get it. Some of these questions I just have to figure out myself, huh?

I love you, my favorite place. I’ll be seeing you soon. (Columbia I might not make it back to, but Charleston – that place will always be on my list of repeats.)

Do you have a sacred space that is not an official place of worship? I’d love to hear about it. I used to have a spot on a hill by our Park Manor house. It was over 145 out by Good Hope Rd. You could see downtown Milwaukee off in the far, far distance. Made me feel like there was a whole world in front of me. There was. Is there still?