Years and years from now, when I am on my death bed, I will rue the day I stumbled into that ad on Amazon Prime

. You know the one. The one with the handsome Barbie doing his handsome Barbie stare of frustration that intrigued me into watching your program. It was that one ad and that one stare that has since robbed me of no less than 48 hours of my life. When I am in that hospital bed surrounded by tulips, chocolates and those that love me, I will realize I could have had more than two days worth of time with family and friends had I not wasted them in my youth watching your TV series and reading your book.

Because Mr. King… YOU PISS ME OFF.

Like I said, I started the program because of course this sounds interesting:

An invisible and mysterious force field descends upon a small fictional town in the United States, trapping residents inside, cut off from the rest of civilization. The trapped townsfolk must discover the secrets and purpose of the “dome” and its origins, while coming to learn more than they ever knew about each other.

And this looks even better: 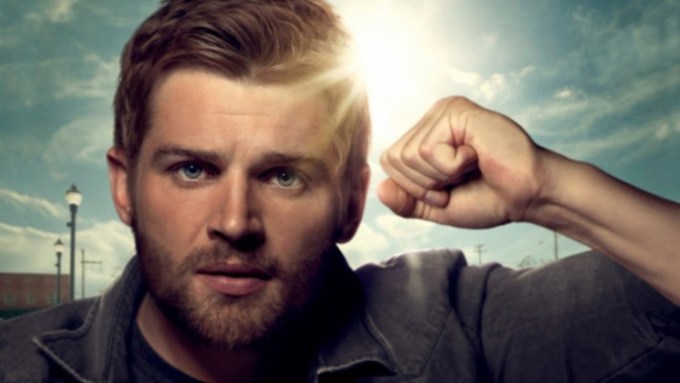 So OK, I talk Randy into it and we sit down on a wild and crazy Saturday night to marathon through what has to be just a few episodes of a mini-series, right? Nope. 13 episodes (and roughly 10 hours, though not all in the same night…) later and we still don’t know why the dome is there, nor does it look like it’s coming down any time soon.

Though we do know that we want to reach through the TV and shut Junior and Big Jim up ourselves.

Ok, fine. Our regular TV shows weren’t back on for the fall season yet, so we started season two. Certainly there couldn’t be that much left of the story and we would soon know what happens to our heroes and heroines (and please, please, please let Big Jim fall into a pit of despair.)

Another 10 hours of television and several ridiculous side-stories later (how can a person who has been shot, punched, suffered hypothermia, not eaten nor taken a shower, but had at least a couple romps in the sack still get up and run across town carrying a man twice her weight?!?), we still don’t have a conclusion. Only the lone black guy has met his maker with a stalagmite up his hiney, not the unfailing Mr. Rennie.

BAH! At this point, I’ve invested enough of my time to know:

So I pick up the book from the library, thinking it would be perfect easy reading for our trip.

Wrong. This mamajama is 1008 pages. Yes, 1008 pages of complete and under nonsense. At least half of the characters (and random, but horribly explicit rape scenes) could have been cut out. It only takes the first 40 pages to figure out you, Mr. King, have no place in your heart for meth heads, religious folk, republicans, and/or small town politicians. That’s OK, I struggle with them, too. But do I make you read 1,000+ pages of why they are awful people? NO!

And yet your writing is good enough that I couldn’t really skip pages (except for the eight pages about women’s basketball and a girl WHO ISN’T EVEN UNDER THE DOME!!!), so every night for the last three weeks I’ve stayed up way too late and complained to Randy, “this is awful, but I’ve got to know.”

Finally, last night was it. I only had 60 pages left and was finally going to see. Who or what made the dome happen and how would it go away? Would Horace, the hapless Corgi (yes, this book has corgis and even that doesn’t help) make it out alive? Would Julia and Barbie get married with Cox as the officiant? Would Big Jim finally meet his maker?

Then…then it happened. The book just ended. After 998 pages, you shortened the conclusion into just a handful of unintelligible paragraphs about things that might be alien children just playing with a toy.

Mr. King, if this book didn’t weight more than five pounds, I would have thrown it across the room. What a crap, crap, crappy ending. You disappoint me, sir. If I ever stumble into a group of alien children and/or the powers of a genie, I might just put a dome over your house. After this, you deserve it. I don’t expect much out of CBS, but I do expect more from you, sir.