This classic weeknight chicken dinner has been updated to include vegetables, orzo, and a leaner cut of meat. Just because we are adding in more nutritional value doesn’t mean we have to lose on flavor! 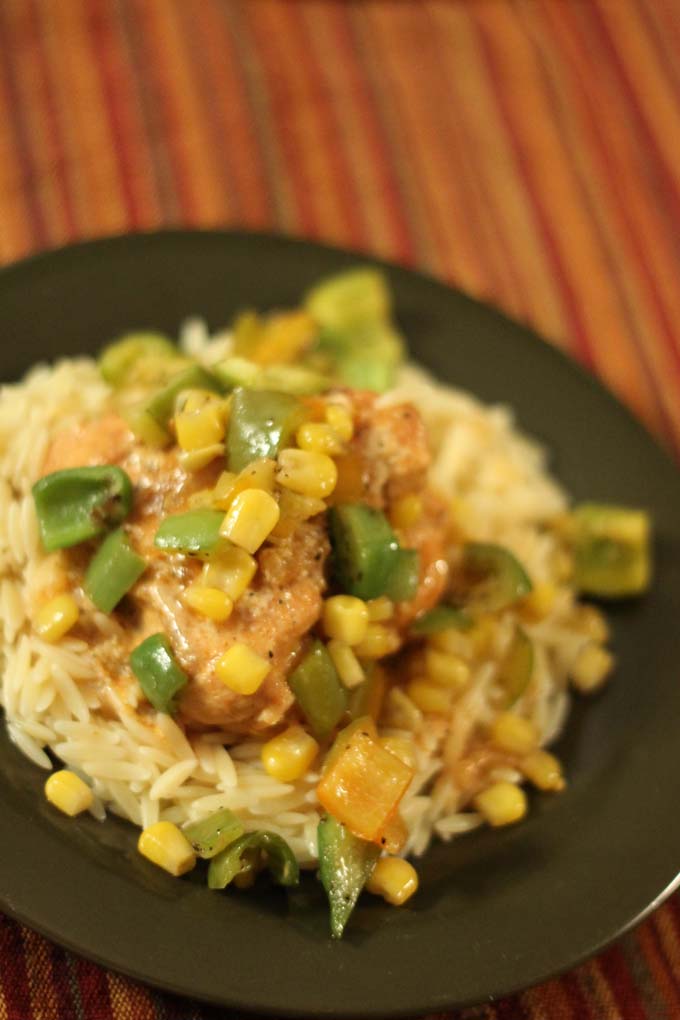 What are some of the favorite dishes your parents made when you were growing up? Or rather, what do you look back on and think, “I bet that was yummy”. My mom’s chicken paprikash was one of those meals. When I was eight, I’m not sure I would have eaten that much of the chicken, instead focusing on the white rice and boiled peas that I’m sure were served alongside. Looking at her recipe card today, the sauce sounds amazing and I’m sure I’d slurp up the onions with the chicken. Man, I wish I would have been more adventurous when we was cooking for me!

That said, her recipe was very 1980s, i.e. short of the chicken, there was nothing of any nutritional value to her version. This can be said for a lot of her dinners (did anyone else have their spaghetti out of a box??), which was totally the norm of the time. I get it. But now we all sit high on our perches adding in things like quinoa and spinach to the classics. Let me jump into the fray and add my first of hopefully many “Tooned Up” recipes, where I take something from mom’s recipe box and put my own spin on it.

(Why the mispelled “Tooned” you ask? Mom called me “Toonie” and my best friend is brilliant. Thank you Nikki for the suggestion on the series name!) 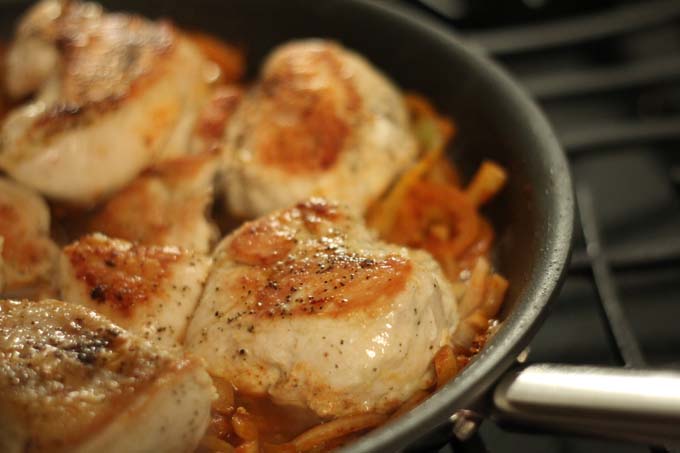 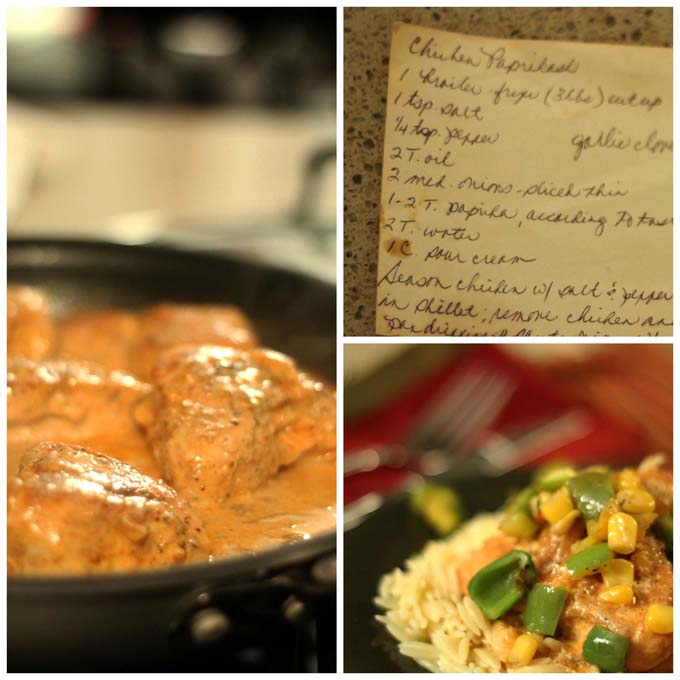 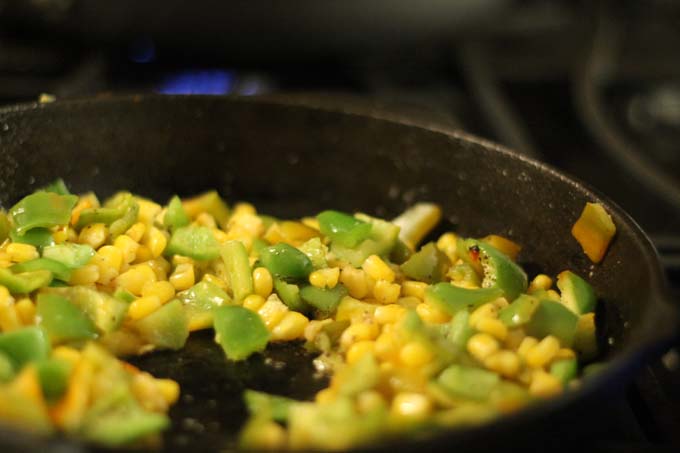 In my version of chicken paprikash, I use chicken breasts vs. the whole chicken to make it a little easier to butcher and to time (wings are going to be ready much faster than breasts!) Also, I add in green peppers and corn to give the dish a little crunch and some vitamins. Orzo, my new favorite pasta shape, gives the dish the similar texture to white rice, but isn’t as nutritionally void as the original option. 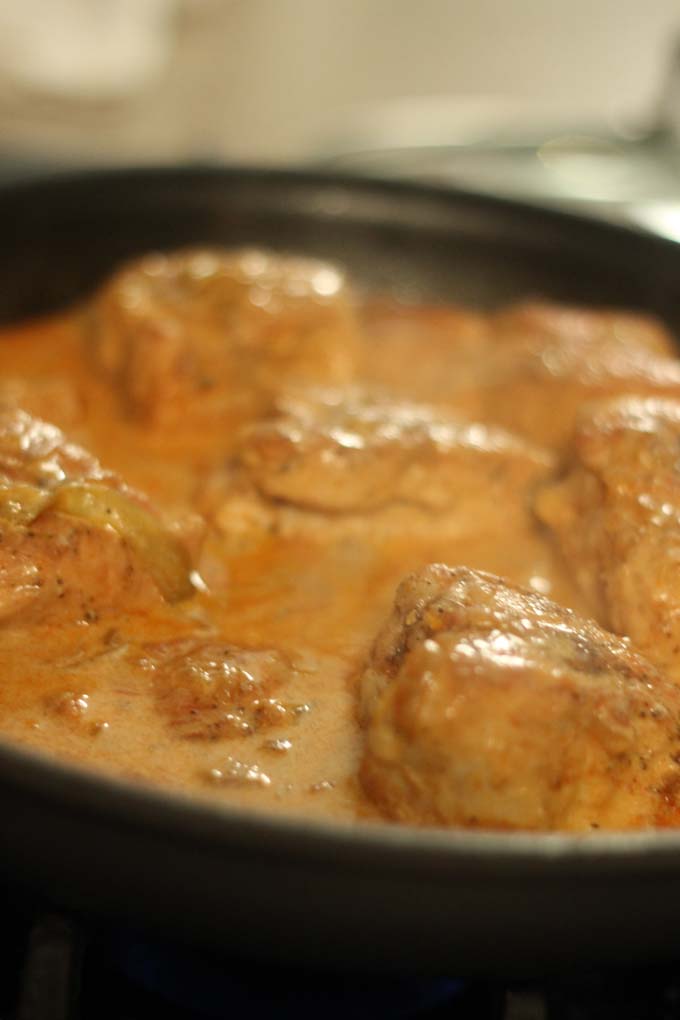 I also switched out the sour cream for plain yogurt since I always have that on hand. Noosa Yoghurt asked me to create a recipe using their product and I must say, this was even more delicious than I expected!  I thought I’d try something savory before going the easy sweet route. I’m so glad that I did! 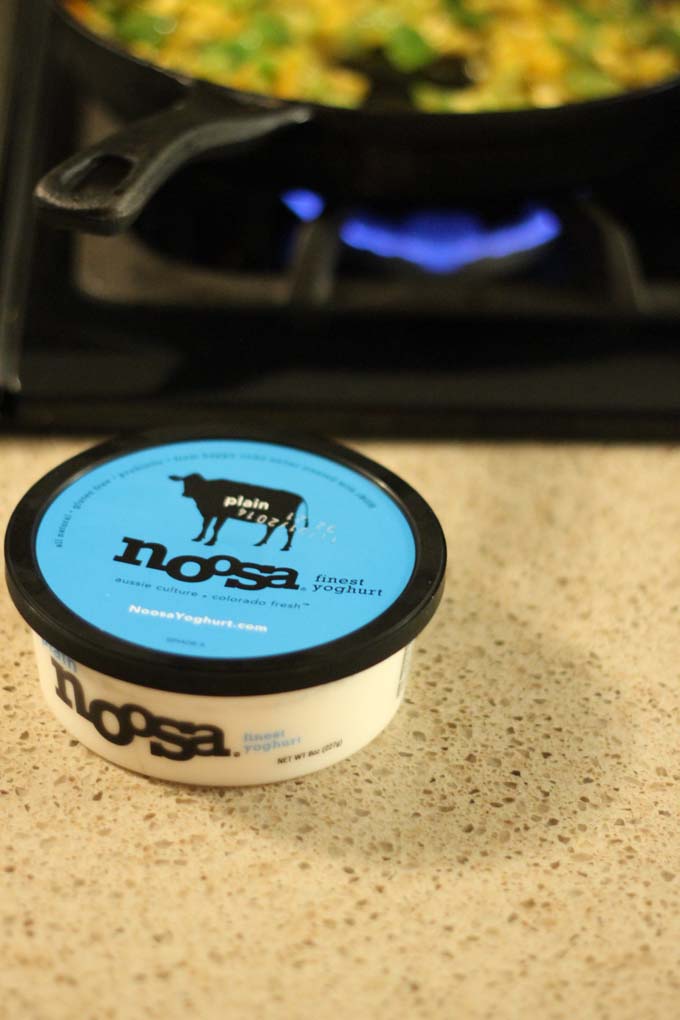 Noosa lives somewhere between Greek yogurt and the traditional, soupy stuff we all know and love. Australian yoghurt has the thickness of a Greek yogurt, and the yummy flavor of the regular stuff. When I make my morning smoothie, I used to use plain Greek yogurt, but I can’t even stomach a lick of the spoon. By itself, its too tart. Not so much with Noosa. All by its lonesome, it makes for a tasty snack. 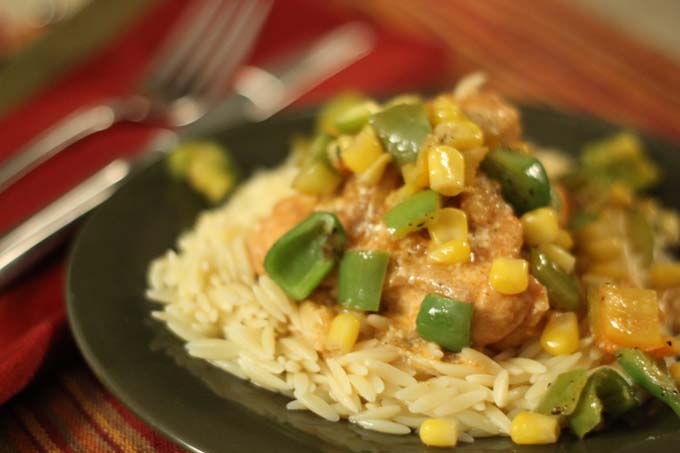 ***This post is sponsored by Noosa Yoghurt. Thank you for reading and supporting companies I partner with, which allows me to showcase more unique experiences and recipes for you. As always, all opinions are my own. *** 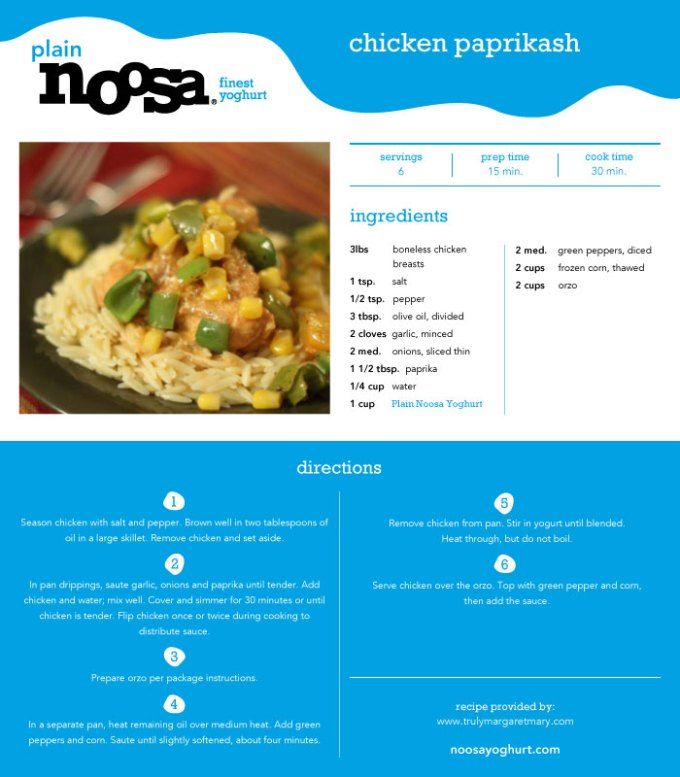 Chicken Paprikash
I "tooned up" this classic comfort food dish from my past, adding in nutrition and even more flavor. The creamy sauce and soft pasta make this perfect for a cold winter's night.
Ingredients
Instructions